What Are Love and Sex? Eight Answers from Philosophy

From Michel Foucault to Martha Nussbaum, we've selected a range of ways of understanding sexuality and romance

In a popular culture obsessed with romance and sexuality, philosophy can shed some light on the various layers and perspectives that inform our relationships. For our Sex and Sexuality issue, we've selected extracts from Western post-war theory and ideas on sex and love. Among others, Martha Nussbaum's text explores the cultural roots of our feelings; Harry Frankfurt and Robert Nozick's look into the apparent and existing tensions between self-love and love for others; Andrea Dworkin's scrutinises heterosexual desire; Talia Mae Bettcher's describes transgender sexual experience; finally, our regular speaker and contributor Kate Devlin challenges the limits of our imagination regarding sex robots.

"Is love an art? Then it requires knowledge and effort. Or is love a pleasant sensation, which to experience is a matter of chance, something one 'falls into' if one is lucky? This little book is based on the former premise, while undoubtedly the majority of people today believe in the latter.

Not that people think that love is not important. They are starved for it; they watch endless numbers of films about happy and unhappy love stories, they listen to hundreds of trashy songs about love — yet hardly anyone thinks that there is anything that needs to be learned about love.

This peculiar attitude is based on several premises which either singly or combined tend to uphold it. Most people see the problem of love primarily as that of being loved, rather than that of loving, of one's capacity to love.

The third error leading to the assumption that there is nothing to be learned about love lies in the confusion between the initial experience of 'falling' in love, and the permanent state of being in love, or as we might better say, of "standing" in love."

"Emotions are not feelings that well up in some natural and untutored way from our natural selves, that they are, in fact, not personal or natural at all, that they are, instead, contrivances, social constructs. We learn how to feel, and we learn our emotional repertoire. We learn emotions in the same way that we learn our beliefs – from our society. But emotions, unlike many of our beliefs, are not taught to us directly through propositional claims about the world, either abstract or concrete. They are taught, above all, through stories. Stories express their structure and teach us their dynamics. These stories are constructed by others and, then, taught and learned. But once internalised, they shape the way life feels and looks.

If stories are learned, they can be unlearned. If emotions are constructs, they can be dismantled. And perhaps the silence onto which this deconstructive project opens is an opening or clearing in which human beings and animals can recognise one another without and apart from the stories and their guilt. And perhaps, too, the longing for that silence is itself an emotion of and inside the stories. Perhaps the negative project is a happy-ending story trapped, itself, inside the very thing that it opposes."

"Self-love is in a certain way the purest of all modes of love. The reader is perhaps likely to presume that I cannot possibly mean this. How could the claim that self-love is the purest kind of love be, in truth, anything more than a whimsical and irresponsible toying with paradox? In fact, however, the exceptional purity of self-love can easily be demonstrated.

The claim is not, of course, that loving oneself is especially noble or that it reflects especially well upon a person’s character. Rather, the claim is that love of oneself is purer than other sorts of love because it is in cases of self-love that the love is most likely to be unequivocal and unalloyed. Instances of self-love conform more closely than instances of other kinds of love, in other words, to the criteria that identify what loving essentially is.

The objects of self-love cannot very helpfully be understood, accordingly, as being uniformly of a single type – namely, objects each of which can appropriately be identified or characterised as a ‘self’. There must be something else that a person loves – something that cannot reasonably, or even intelligibly, be identified as his ‘self’ – in order for there to be anything at all to which his self-love is actually devoted."

"Men possess women when men fuck women because both experience the man being male. This is the stunning logic of male supremacy. In this view, which is the predominant one, maleness is aggressive and violent; and so fucking, in which both the man and the woman experience maleness, essentially demands the disappearance of the woman as an individual; thus, in being fucked, she is possessed: ceases to exist as a discrete individual: is taken over. Remarkably, it is not the man who is considered possessed in intercourse, even though he (his penis) is buried inside another human being; and his penis is surrounded by strong muscles that contract like a fist shutting tight and release with a force that pushes hard on the tender thing, always so vulnerable no matter how hard. He is not possessed even though his penis is gone— disappeared inside someone else, enveloped, smothered, in the muscled lining of flesh that he never sees, only feels, gripping, releasing, gripping, tighter, harder, firmer, then pushing out: and can he get out alive? seems a fundamental anxiety that fuels male sexual compulsiveness and the whole discipline of depth psychology. The man is not possessed in fucking even though he is terrified of castration; even though he sometimes thinks— singly or collectively in a culture— that the vagina has teeth; but he goes inside anyway, out of compulsion, obsession: not obsessed with her, a particular woman; but with it, getting inside."

“The general phenomenon of love encompasses romantic love, the love of a parent for a child, love of one’s country, and more. What is common to all love is this: Your own well-being is tied up with that of someone (or something) you love. When a bad thing happens to a friend, it happens to her and you feel sad for her; when something good happens, you feel happy for her. When something bad happens to one you love, though, something bad also happens to you. (It need not be exactly the same bad thing. And I do not mean that one cannot also love a friend.) If a loved one is hurt or disgraced, you are hurt; if something wonderful happens to her, you feel better off. Not every gratification of a loved one’s preference will make you feel better off., though; her well-being, not merely a preference of hers, has to be at stake. (Her well-being as who perceives it, she or you?) When love is not present, changes in other people’s well-being do not, in  general, change your own. You will be moved when others suffer in a famine and will contribute to help; you may be haunted by their plight, but you need not feel you yourself are worse off.”

"As defined by the ancient civil or canonical codes, sodomy was a category of forbidden acts; their perpetrator was nothing more than the juridical subject of them. The nineteenth-century homosexual became a personage, a past, a case history, and a childhood, in addition to being a type of life, a life form, and a morphology, with an indiscreet anatomy and possibly a mysterious physiology. Nothing that went into his total composition was unaffected by his sexuality. It was everywhere present in him: at the root of all his actions because it was their insidious and indefinitely active principle; written immodestly on his face and body because it was a secret that always gave itself away. It was consubstantial with him, less as a habitual sin than as a singular nature. We must not forget that the psychological, psychiatric, medical category of homosexuality was constituted from the moment it was characterised – a famous article of 1870 on "contrary sexual sensations" can stand as its date of birth' – less by a type of sexual relations than by a certain quality of sexual sensibility, a certain way of inverting the masculine and the feminine in oneself. Homosexuality appeared as one of the forms of sexuality when it was transposed from the practice of sodomy onto a kind of interior androgyny, a hermaphrodism of the soul. The sodomite had been a temporary aberration; the homosexual was now a species."

Michel Foucault, The History of Sexuality (1976)

The term “autogynephilia” literally means “love of oneself as a woman,” and it suggests that sexual attraction wrongly loops back around and targets oneself (“as a woman”).

Talia Mae Bettcher, 'When Selves Have Sex: What the Phenomenology of Trans Sexuality Can Teach About Sexual Orientation' (2014)

“The current versions of sex robots could not be mistaken for a real human. They are something different: cartoon-like, overemphasized and exaggeratedly sexualized portrayals of the female figure. Why, though? If we can make anything we want from the amazing technologies we have at our fingertips, why are we trying – and inevitably failing – to make something realistic? We could engineer whatever we wanted: five breasts, three penises, twenty arms. So why don’t we? Is there something in the human form that makes these robots so compelling?

Not everyone is happy about a future of mechanized pleasure. There are legal and ethical issues that need to be ironed out: does sex with a robot count as cheating? Will it lead to violence and rape? What if someone makes a child version? Will it destroy human relationships? Will the robots, as one 2016 headline suggested, ‘fuck us all to death’?

Perhaps, though, the opposite is true and the sexual companion robot could instead offer us a chance to enhance our lives: to cure loneliness, to bring us pleasure, to eradicate exploitative sex work, or to treat and rehabilitate sexual offenders. Maybe this is our future, and instead of fearing the rise of the machines we could, quite literally, embrace them.” 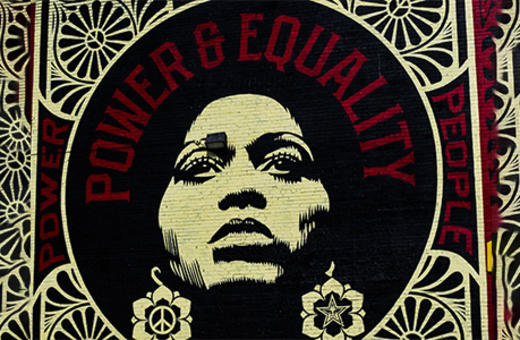 It was so good to see you acknowledging this topic, it really feels great. Thanks for sharing such a valuable information which is very hard to find normally. I have subscribed to your website and will be promoting it to my friends and other people as well.
mens waxing spokane