Leading us towards another crisis

A series of new papers by economists suggest that even if we did nothing about climate change, the impact on global GDP would be miniscule. The only problem is, the assumptions these economists make to reach that conclusion are wrong. One crucial mistake involves mistaking the weather for the climate. Economists make their predictions based solely on the temperature changes in individual countries, ignoring the overall effects of climate change around the globe. Another glaring error is assuming that only those parts of the economy exposed to the outdoors will be adversely affected by climate change, ignoring how all production and economic activity is interconnected. Just as they did in the lead up to financial crisis of 2007 – 2008, economists are appeasing politicians, while blindly leading us into catastrophe, writes Steve Keen.

In 2008, Queen Elizabeth famously challenged economists for failing to see the Global Financial Crisis coming, asking that “If these things were so large, how come everyone missed them?”. Just before COP26, Her Majesty was overheard criticising politicians who “talk but don’t do” on climate change.

Ma’am might well return to her 2008 intuition to understand why politicians talk the talk, but don’t walk the walk, on climate change: it’s the economists again.

As politicians prepared to go blah blah blah in Glasgow about how we must avoid a 1.5°C increase in the average global temperature, economists gave them yet more reasons to be cheerful, rather than concerned, about climate change. Between August 24th and October 22nd this year, three new papers were published, which claimed that unmitigated global warming would reduce global GDP in 2100 by a mere 4-7%, compared to what it would otherwise be without any climate change.

Between August 24th and October 22nd this year, three new papers were published, which claimed that unmitigated global warming would reduce global GDP in 2100 by a mere 4-7%, compared to what it would otherwise be without any climate change.

One paper claimed that doing nothing about climate change would result in GDP being a mere 3.67% smaller in 2100. Restricting global warming to 1.5°C—the COP26 objective—would reduce the loss to 0.29%. So Glasgow, from this perspective, was just about saving a mere 3.38% of future global GDP (don’t you love how precise economists are about the unknown?) that would in any case be many times larger than today’s.

Another asserted that if we lost Arctic summer sea-ice, the Greenland & West Antarctic ice sheets, the Amazon rainforest, the “Gulf Stream”, unleashed the tundra’s Permafrost and methane hydrates trapped in the deep ocean, and turbocharged the Indian Monsoon, that these mammoth changes to the planet would reduce global GDP by just 1.4%. 6°C of global warming, and whipping off of the face of the Earth geological structures and climate patterns that have been in place for millennia, would make us a mere 1.4% poorer than we would have been otherwise. That is what some economists—far too many economists—think climate change entails.

These new papers are consistent with thirty years worth of advice from economists that the economic impact of global warming would be, in the words of one economist (quoted in a 1994 survey by 2018 Economics Nobel Prize winner William Nordhaus), “small potatoes”. In general, economists start from the perspective that, to quote possibly the same economist, “the degree of adaptability of human economies is so high that for most of the scenarios the impact of global warming would be "essentially zero"”.

Economists are blasé about 4°C and even 6°C of warming, because they confuse the climate with the weather.

Of the many instances I could give of this, perhaps the most apposite relates to the “Gulf Stream”, whose technical names are the “Atlantic Meridional Overturning Circulation” (AMOC) and the “Thermohaline Circulation” (THC). This is an enormous ocean current, driven by differences in temperature and saltiness between the equatorial and polar regions of the planet, which transfers heat from the equatorial belt to the North Atlantic. Recent data indicates that it is weakening because of climate change—to which the economist Richard Tol quipped “good” on Twitter. 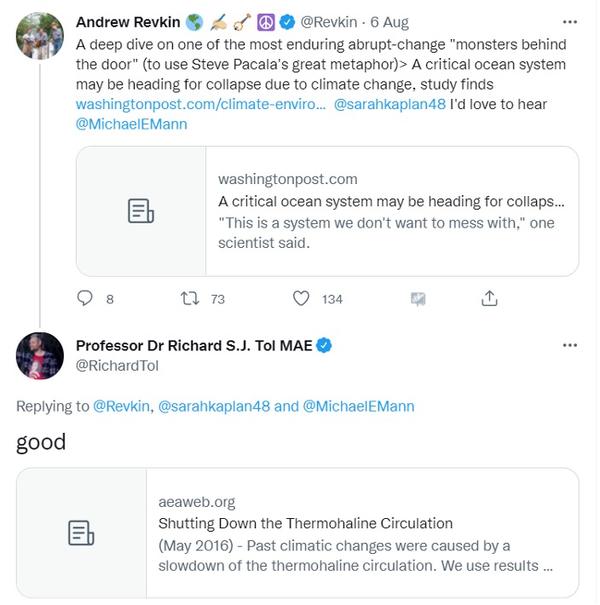 Losing the Gulf Stream was good, according to Tol, because the drop in temperature this would cause for Europe would counterbalance the increase in temperature caused by global warming. The paper Tol linked to (which he co-authored) claimed that “If the THC slows down a little, the global impact is a positive 0.2-0.3 percent of income. This goes up to 1.3 percent for a more pronounced slowdown”.

This naïve idea of what climate change means—that it can be reduced to just temperature changes, thus ignoring the myriad other factors in climate change including biodiversity loss—infects how economists have treated this arguably existential issue facing humanity.

Climate scientist Jim Hansen challenged this rosy vision of an AMOC-free world with a horror story that included a doubling in the strength of storms. Paleontological data from the last time the AMOC shut down—driven by natural forces rather than human industrial pollution—indicates that there were North Atlantic superstorms by which “On rocky, steep coasts, giant limestone boulders were detached and catapulted onto and over the coastal ridge by ocean waves” that were 40 metres in height. 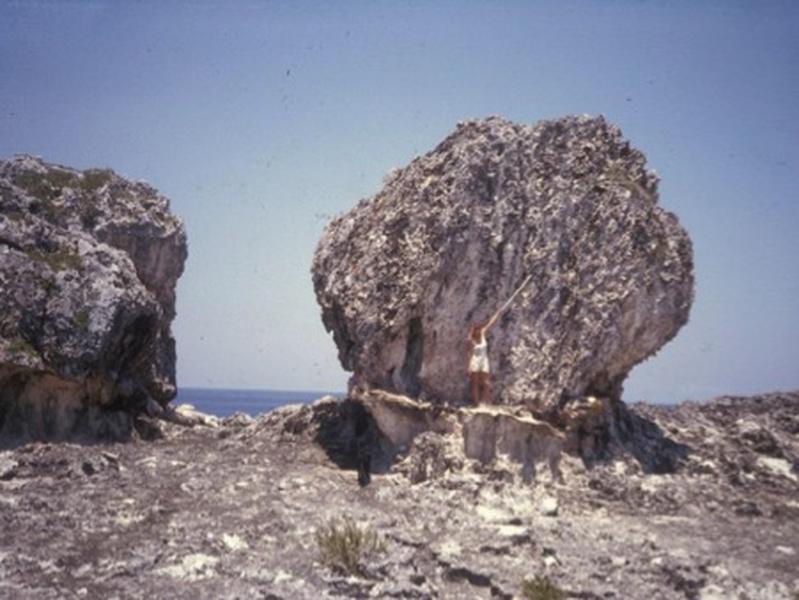 These superstorms were driven by the much larger temperature gradient between the Equator and the North Atlantic caused by the AMOC shutting down. This obvious detail was missed by Tol’s model, because it focused on temperature changes by country, assumed that there was some optimum temperature for weather-based industries like agriculture, and concluded that the AMOC-collapse-induced fall in European temperature would redress some of the damage done by global warming. Au contraire, an OECD study concluded that losing the AMOC at just 2.5°C warming will reduce the land area suitable for growing wheat from 20% of the world’s continents to just 8%.

Even with things that can be measured, economists make equally foolish assumptions—such as that climate change only affects industries exposed to the weather.

This naïve idea of what climate change means—that it can be reduced to just temperature changes, thus ignoring the myriad other factors in climate change including biodiversity loss—infects how economists have treated this arguably existential issue facing humanity. "For my answer, the existence value [of species] is irrelevant: I don’t care about ants except for drugs”, said another—or the same?—one of Nordhaus’s “experts” in 1994. The 19 people Nordhaus surveyed were named, but the quotes were anonymized: my money is on this economic wit being Larry Summers.

While other economists might not be quite as callous, in practice they have ignored what can’t be measured—or made trivial allowances for the unknown, like Nordhaus’s assumption in his “DICE” model that unmeasured factors will add just another 25% to damages.

Even with things that can be measured, economists make equally foolish assumptions—such as that climate change only affects industries exposed to the weather. Given that much of the economy happens indoors, they assume that most of the economy will be shielded from any climate change effects. Nordhaus, for example, assumed that manufacturing, services and government, totalling 87% of GDP, would be “negligibly affected by climate change”, and remarked that “for the bulk of the economy—manufacturing, mining, utilities, finance, trade, and most service industries—it is difficult to find major direct impacts of the projected climate changes over the next 50 to 75 years.”

Manufacturing and services need energy inputs to operate, and CO2-generating power sources still provide over 80% of our energy. If a truly terrifying climate calamity causes us to shut down CO2 generating power sources immediately for good—say, ocean acidification causing a collapse in the food chain, or the loss of Arctic Sea ice setting off a chain of events that ends up destroying the ozone layer, thus jeopardising all life on Earth—then GDP will fall by that much or more. Factories can also be destroyed by climate change, and even an increase in ambient temperature can compromise the workings of a factory. The things that economists ignore are the things that really matter.

Just as they did in the early 2000s, economists have set the world up to walk almost blindly into an existential crisis. Unfortunately, the fallout from their failure this time will be far greater than it was in 2008.

This should make economists the butt of jokes about climate change. But instead, because politicians pay outsize attention to what economists think, their trivialised vision of what climate change means has supported those short-sighted vested interests who oppose decisive action. Fossil fuel companies may well have fired the guns in the war against climate action, but economists were the ones who supplied them with the bullets.

Just as they did in the early 2000s, economists have set the world up to walk almost blindly into an existential crisis. Unfortunately, the fallout from their failure this time will be far greater than it was in 2008. Back then, extraordinary fiscal and monetary policies were enough to stop the global economy falling into another Great Depression. Now, if COP26 is a cop-out like all its predecessors, the world will experience catastrophic climate change that could well cause the collapse of these human economies that economists think are so incredibly adaptable. Neoclassical economists may thus succeed in doing what generations of Marxists have failed to do: they may, in trying to save capitalism from environmental limits, end up destroying capitalism instead. 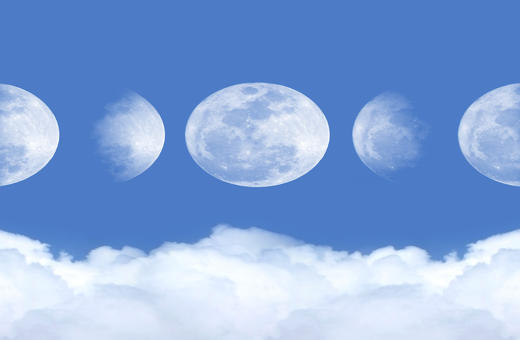 Can you own the moon?

The weaponization of money 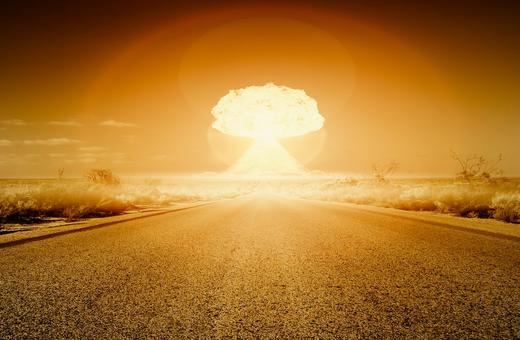 The truth about nuclear deterrence 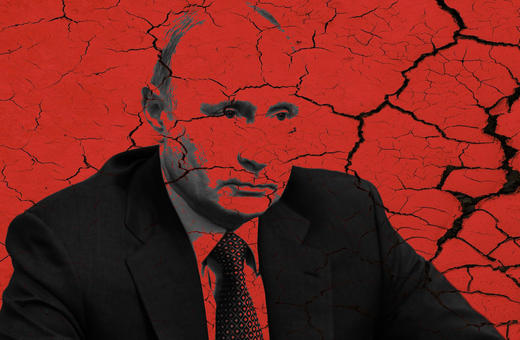 How we got Putin so wrong

Ukraine: The Deceit of the West