What Michelangelo’s David Can Teach Us About Radical Politics

A well-known May 1968 slogan reads: "Be realistic, demand the impossible!" Is that just an affected Parisian provocation, or does it contain a useful insight? Suppose you've every reason to believe that your political dreams are unachievable. Your ideals yield prescriptions--things we ought to try to bring about--that just won't happen. Not now, not anytime in the foreseeable future. Or maybe your ideals don't even lead to prescriptions: perhaps all they tell you is that the status quo is rotten and ought to be replaced by something else, though you don't know what. But the question is, as they say, academic, since the revolution isn't happening anyway. If that's what your political ideals tell you, what should you do about it? And does thinking in that way make you a political failure?

To avoid answering the latter question in the affirmative, most philosophers would answer the former in one out of two ways. The first answer is to say that, well, you should revise your ideals, for they fail to latch onto politics in the right way. The second answer tells you to think of your ideals as merely regulative: they give you an indication of a general direction, rather than a political programme. Radicals are unlikely to be happy with either answer. The first one is just an encouragement to abandon radicalism in the face of the political odds. The second one makes it hard to envision the ultimate political import of one's radicalism: is my radical politics just a fantastical wish list? Yet those two answers may not exhaust the options available to us. Theodor W. Adorno, the stern patriarch of post-war Frankfurt School critical theory can provide us with a third answer, and one that's more appealing to radicals of an uncompromising sort. Or, some would say, to academic solipsists who don't want to get their hands dirty with real politics -- you be the judge.

"Sculpture consists in the removal of material — Michelangelo ably chips away at a block of Carrara marble until David takes shape."

Adorno is known for his "negativistic" approach to social criticism. The rough idea is that the social critic need not (always) come up with a feasible plan for how to change things. She can just complain, as it were, and not be a failure for that. But how would that work? And does this sort of social critic become an unmoored dreamer or can she retain, in some non-trivial sense, a realistic grasp of the hard facts of politics?

Adorno's answer is best understood within the context of his Marxism, and specifically an internal debate within Marxism on normative theory - does Marx, or the best version of his view, put forward a set of prescriptions telling us to bring about socialism and communism, or does he rather limit himself to causal claims about why society works in the way that it does, and under what conditions it will be transformed by a revolution?

We can begin to understand Adorno's position if we think of it as a middle ground between those two options, the normative and the anti-normative reading of Marx. Adorno’s critical theory is a normative approach, but one that eschews the direct advocacy of a socialist programme, and limits itself to negative critique.

An analogy with sculpture might help here. According to a traditional definition, sculpture consists in the removal of material — Michelangelo ably chips away at a block of Carrara marble until David takes shape.

Adornian negative critique is like that: it tells us to remove social structures that are found wanting, and it does so even when there's no clear way to do so, let alone an alternative set of structures to replace them. So the analogy breaks down, at least in part: there's no preparatory study of our sculpture, pace those thinkers Marx derisively called 'utopian socialists'.

"We may remove all structures condemned by our negative critique, but then society may well re-arrange itself along new objectionable structures."

But we have a theory of the sources why society is rotten that guides our critical efforts. As Marx puts it, we should confine ourselves “… to the critical analysis of the actual facts, instead of writing recipes … for the cookshops of the future.” (Notice the ideal of fidelity to the facts of politics there -- even at its least normative or moralistic, Marx's radicalism remains realistic.)

But there's an important difference between Marx and Adorno. The sculpture analogy should lead us to question Marx's optimism. Marx (and Engels) believed that a renewed, non-oppressive society would eventually rise from the rubble of the society dissected by critique and overturned by revolution — like David takes shape from the block of marble. But is such optimism warranted?

Adorno teaches us that perhaps we can't both dispense with moralistic blueprints of the perfect society while also being optimistic about society’s future. We should consider the possibility that the block of marble may not contain a beautiful sculpture after all. We may remove all structures condemned by our negative critique, but then society may well re-arrange itself along new objectionable structures. Crudely, why think that history will end, let alone that it will end well?

Now, to return to our original question, does that sober, perhaps pessimistic outlook make Adornian radical realists into political failures? Suppose we find out that the block of marble contains no beautiful statue. The philosophical consolation of having found out a truth about the wretchedness of the human predicament won't satisfy many political radicals. But -- and here we must travel further from Adorno's own views -- there's a more hopeful angle too.

Firstly, to say that there's no beautiful statue in the block is not to say that progress cannot be made. Secondly, and perhaps more interestingly, failing to create a whole society immune to negative critique does not preclude smaller scale good political initiatives. That's one way to defend what has come to be called prefigurative politics: one can create microcosms--from the Occupy Wall Street camps to many other grassroots initiatives--that are far less objectionable than the rest of society, even though similar structures aren't feasible at the macro level of the whole society. Think of prefigurative politics as analogous to the non finito technique in sculpture, as found in Michelangelo’s Prigioni: exquisite details or parts of figures are carved into blocks that the artist cannot or will not bring himself to complete, thus creating a new type of sculpture with its own aesthetic ideals. And that's not a failure by anyone's standards.

Adorno famously called the police on his protesting students in 1969, failing to see how their utopianism could be squared with his somber social critique. But I have tried to show that prefiguration can be compatible with Adornian radical realism. Negative critique and prefiguration are more pessimistic than the most wide-eyed radicals may wish for; nonetheless they don't condemn us to the conservatism that is commonly associated with pessimism. The radical realist simply knows that the possibility of failure and disappointment is a price worth paying if we want our social critique and our social praxis to be true and to aspire to make a real difference to the most unpalatable facts of politics.

Enzo Rossi is an associate professor of political theory at the University of Amsterdam. He mostly writes on legitimacy: what reasons — if any — there might be to put up with authority. 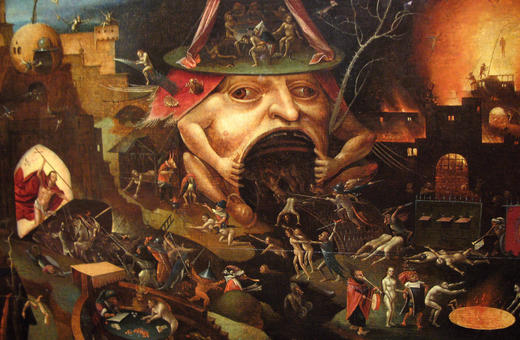 Are We Doomed to Fail? 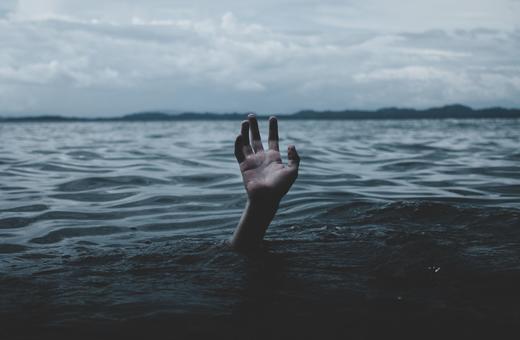 Does Pessimism Have a Future?