An interview with Niamh Corbett.

Niamh Corbett is Vice President of the Equity Capital Markets division at Morgan Stanley and a mentor to a number of start-up businesses. She is a steering committee member of the Thirty Percent Club, a campaign group established in 2009 which aims to get 30% women on FTSE 100 boards by 2015. She also sits on the Global Advisory Board of Astia – a not-for-profit organisation committed to building women leaders and helping women-led start-ups across the world.

Do you think women ever will rule?

I think we are in a time where it is very important to have a balance. As some of the data behind the Thirty Percent Club initiative shows, the momentum is there (when the club started in 2009, there were 12.5% of women on boards; the figure now stands at 22.3%), but getting to the point where we have 100% of women in control is almost the flip side of the argument. What we are saying now is that we have too many men in power, a phenomenon which creates group-think and a single-minded train of thought driven by a very masculine approach to leadership.

If you flip that around to a position where you have 100% female leadership, 100% women ruling, you simply find yourself dealing with the same argument. We’re arguing for balance and equality. If you have a greater representation of women, then you have a better balance in the boardroom, which should in turn help to decrease group-thinking and allow for different leadership styles to really come to the fore.

Is it always a good thing to have variety in a leadership body, or is there an argument for having a unified force instead of a fragmented approach?

If you look at some of the funds that are being set up in the US right now, they are actually tracking companies which have female leadership or which have a greater representation of women on their boards – it shows that balance is an attractive proposition.

In fact, as a number of social commentators have already pointed out, you could argue that one of the reasons for the financial crisis was because the banking industry was being run by men who were mirror images of each other. The lack of diversity and different ways of thinking combined with the fact that it was a very machismo, risk-taking environment... You could argue that, had there been more women present, perhaps the crisis wouldn't have cut quite as deeply as indeed it did.

When you say that having men and women on a board leads to a broader spectrum of leadership styles and approaches does that mean you think that there are inherent differences between men and women?

Yes, I think that there are. I also think that the modern world is becoming much more feminine. The millenials, generation Y, zuckerbergites, whatever you want to call them, of the world are displaying far more feminine traits, by which I mean female traits. I’m not talking about all women leading; I’m talking about the rise of feminine power, the rise of feminine strengths. And men can have that as much as women, but it has changed from a very macho environment to an environment that’s built much more on collaboration, empathy, trust and networks.

The male leadership styles that existed pre-financial crisis, those that triggered such debate and such a soul-searching about that culture: people have really started to ask how we could have got it so wrong. What happened? Actually, that process of questioning has allowed things like the Thirty Percent Club to arise, like a phoenix from the ashes of the financial crisis. The navel gazing about the culture of the financial world has triggered a whole debate about male and female attitudes to leadership.

There’s a cliché in business that women who rise to the top are Thatcheresque, that they have many more traditionally male attributes. Within your research, how can you counter this with regards what women are bringing to the boards?

I think what we are seeing very much is change. In the Wall Street era, in the eighties and nineties, if you look at the boards where women rose to the top you can definitely argue that they displayed very masculine characteristics. They had to be almost male to get ahead. However times have changed such that these are no longer the characteristics required to make good businesses or good leadership qualities.

So, I think that that was the old way. Now, times have changed and the world has changed, and today people certainly notice the difference between male and female leadership. Of course, there are still women who display masculine traits, but there are now many more who have this new form of leadership. Today, women at the top are very adamant that you don’t need to be a man in a skirt to get somewhere.

There was a very interesting survey done for a book called The Athena Doctrine. With a sample of 64,000 across 32 countries, they started with 150 words and asked their census to split the words into what they thought were “male”, “female” or “neither” leadership characteristics.

The “male” leadership words were things like “aggressive”, “controlling”, “ambitious”, “courageous”, whereas “female” leadership words tended to be things like “collaborative”, “empathetic” and “confidant”. They then had participants split these words into groups depending on whether they were traditionally considered to be masculine or feminine words, before asking the same survey group to identify desirable leadership traits.

There was a huge correlation between words people traditionally associated with feminine traits and those people identified as characteristics which make good leaders. There was a huge overlap between the two. It was the first time a study had shown that in the new world there is an overlap between female traits and desirable leadership qualities.

What do you see as the future of the Thirty Percent Club? Do you see continued acceleration or things moving more slowly?

Obviously, our initial aim was to get thirty percent of women on boards by the end of 2015, but we realised very quickly that this was not just about putting more women at the top, but about looking at the whole pipeline of women coming through.

So somewhere along that line women fall out of balance, and we're looking at addressing how you stop the leaky pipeline, how you stop women falling out of organisations, in order to facilitate their paths to the top. So we’re not just working at board levels. We’re looking at executive levels, at all levels of business, and not only encouraging women to get to the top, but keeping them in business and actually getting them there.

We’re also expanding globally. We launched in Hong Kong in March of last year, we’re launching in the USA this month. We launched in Ireland last month, we’ve got hubs in southern Africa and we’ve got groups planned in Canada and Australia.

To change and tackle the problem of executive women and female representation in business we need to have a global initiative. It's about balance and not about quotas.

Take Norway, which was the first country to introduce a quota system eighteen years ago. Yes, they have 40% women on corporate boards, but they also have a legacy known as “the golden skirts”, which is essentially the same small handful of women who appear on all the corporate boards. But if you look at the next level down, the executive managers, you see that there are virtually no women. Nor are there any women leaders of Norway's biggest companies, so clearly you have a false solution rather than a pipeline.

And so one of the things we're doing to do is to continue to fight against quotas, because Brussels is still quite committed to legislating for women across Europe. The three main things we're looking at are: developing the pipeline for women, going global so that we can create a global movement for change and encouraging businesses to pursue voluntary targets rather than legislating for change. 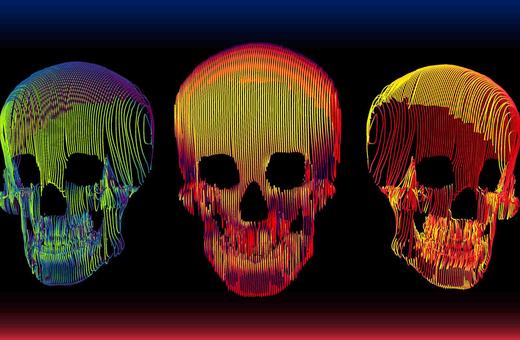 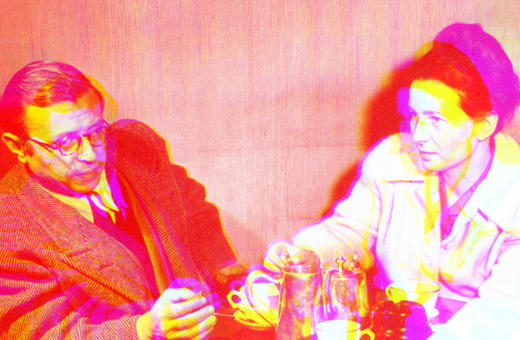 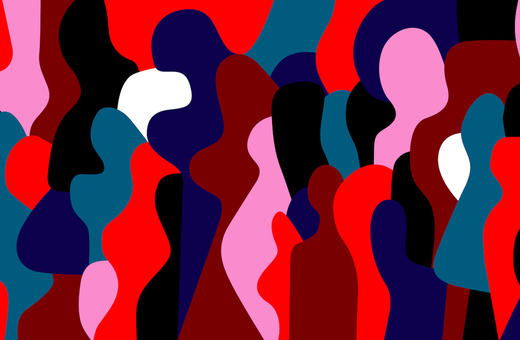 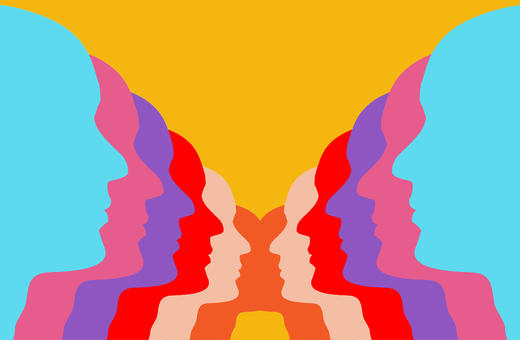 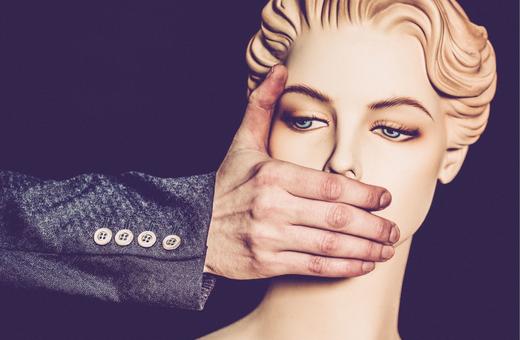 A woman needs to know a little more than a man to get a job. I do not know why this happens. I was recently looking for a job. And I noticed that there were more men than women at the interview.
Of course, the first selection of applicants is a selection based on a resume. Poetmow, I prepared myself at once. My resume was put together in ResumeGets. This is a team of certified professional resume writers. These guys know how to draw attention to the applicant and what keywords to use in the resume https://resumegets.com/help-with-resume-wording
I am very grateful to the ResumeGets team. They helped me get what I wanted

Unfortunately, the problem of gender equality now remains. For men, there are more opportunities in business and in getting a better position. Employers give preference to men

in the modern world, anyone can open their own business or launch their own startup, but here it is important to remember about biggest startup mistakes https://jetruby.com/blog/biggest-startup-mistakes/ . And if you're trying to generally improve your startup's chances of success, try to minimize all of these mistakes as much as possible.

every entrepreneur tries to find the best way out

There are several ways of development development, the main thing is to understand what exactly is required for your business. For example, for more effective development of my business, I decided to order software development in Webspace https://webspaceteam.com/ . The team of this company has extensive experience in the development of software solutions. They offer a full cycle of creation, including design, development, testing, deployment, further support and upgrades.

I recently decided to open an online store and in order to increase efficiency I decided to take part in the ATN affiliate program https://www.atncorp.com/affiliate-program . A person (owner of an Internet resource or partner) participating in the affiliate program receives a small reward for any transaction carried out on his recommendation.