The truth behind Xi's Zero-Covid plan

| Postdoctoral fellow at the University of Pennsylvania’s Center for the Study of Contemporary China
1,370 words
Read time: approx. 7 mins

Xi Jinping is expected to visit Saudi Arabia any day now, his first trip outside of China in over two and half years. China’s strict Zero-COVID policy has changed Beijing’s diplomatic agenda, deepening Xi Jinping’s relations with other autocratic leaders. At the same time, Zero-Covid isolationism has meant that fewer people have been able to travel to and from China, contributing to the surge of nationalism and the widening the rift between the Chinese public and the rest of the world, write Viola Rothschild and Hongshen Zhu.

As China’s COVID cases hit a three-month high, leaders in Beijing show no signs of abandoning their uncompromising “dynamic zero-COVID” policy. As of late July, over 260 million people—a fifth of China’s population—in 41 cities are experiencing full or partial lockdowns as highly contagious Omicron sub-variants continue to spread. Now, the virus has infiltrated all 31 Chinese provinces, with the latest lockdown horror stories emerging from holidaymakers stranded on Hainan, a popular vacation destination in southern China. But regular Chinese citizens have not been the only ones staying at home—China’s top leaders are staying at home too. 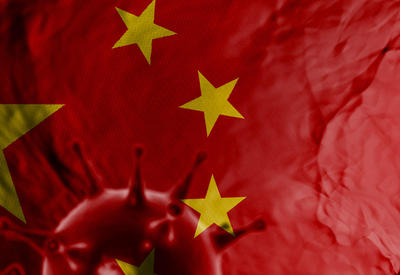 Chinese president Xi Jinping has not travelled beyond greater China’s borders for over two and a half years, though rumours are circulating that he has plans to break his self-imposed isolation to visit Saudi Arabia any day now, Central Asia in September, and Indonesia in November for the G20 Summit. His last trip abroad was to Myanmar for a state visit in January 2020. Xi declined to travel to Europe for the 2021 G20 and COP26 climate meetings in person, opting to instead attend via video. In fact, all seven standing members of China’s top leadership body, the Politburo Standing Committee, have not left the country since the outbreak of the pandemic. Han Zheng was the last standing committee member to travel abroad, attending Davos in January 2020. Two days later, Wuhan locked down. China’s relative lack of physical visibility on the world stage has been touted by western media outlets as evidence of China’s diplomatic isolation and an ultimately disadvantageous inward turn. However, Beijing has continued deepening its diplomatic relations with countries it sees as key allies. At home, the isolation of the country’s population from the rest of the world has manifested in increased control and the flourishing of an exceptionalist, nationalist ideology.

China’s brand of remote, home-field diplomacy that has taken shape under the Zero-COVID policy has naturally favored well-disposed autocratic leaders willing to play by Beijing’s rules, and further alienated leaders of many western democracies.

Indeed, even as China’s leaders have stayed at home, efforts to forge diplomatic connections have continued at full tilt. Since January 2020, Xi has met in-person with over thirty heads of state and appeared via video conference in dozens of international summits. As a substitute for in-person meetings, China dramatically increased its use of direct calls to forge and maintain leader-to-leader relationships. Chinese state media reports that Xi Jinping made 169 direct calls to world leaders since July 2019, 166 of which were made since the beginning of the pandemic--averaging more than a call a week. China also seized its home-field advantage hosting the Winter Olympics in February 2022 as an opportunity to receive foreign leaders in Beijing.

China’s brand of remote, home-field diplomacy that has taken shape under the Zero-COVID policy has naturally favored well-disposed autocratic leaders willing to play by Beijing’s rules, and further alienated leaders of many western democracies. Cambodian Prime Minister Hun Sen visited China in February 2020, the first after the outbreak of the pandemic. As officials from many western countries boycotted the Beijing Olympics, Xi met face-to-face with Russia’s Putin, Serbia’s Vucic, Pakistan’s Khan, and Egypt’s el-Sisi, and many others on the sidelines of the games. The only Western leaders that Xi met with during the Olympics were Polish President Andrzej Duda, the Grand Duke of Luxembourg, and the Prince of Monaco. In late July, Xi and Premier Li Keqiang met hosted Indonesian president Joko Widodo in Beijing,the first face-to-face meeting of top officials since the Olympics.

To be sure, these restrictions are symptomatic of a distinct control element of Zero-Covid in terms of restricting influence from abroad: it is a politically convenient way to screen incoming and outgoing people and ideas.

The Zero-COVID policy and physical isolation of China’s leaders, it seems, has not particularly hampered Beijing’s official diplomatic agenda. If anything, it has given Xi and Co. reason and opportunity to exercise their home-field advantage, focus on domestic issues ahead of the upcoming 20th Party Congress this fall, and make others come to them and play by their rules. And ties with the west--already frayed to the point of breaking due to issues with Hong Kong, Taiwan, and Xinjiang, among others--are unlikely to be solved by face-to-face diplomacy anyways.

Of greater concern, perhaps, are the longer-term consequences of the Zero-COVID policy in terms of China’s unofficial diplomatic agenda. The Zero-COVID policy has essentially closed China’s borders off from the rest of the world and people-to-people exchanges have broken down almost entirely: tourism, student exchanges, and family visits have been severely limited due to China’s closed borders. According to China’s 2020 Census, the number of foreigners living in China’s big cities experienced a dramatic drop compared to 2010, particularly among residents of countries that have strained relationships with China, such as South Korea, Japan, and the U.S. foreign travelers are banned from entering China, and foreign workers have been subject to strict, incomprehensible, and inconsistent visa and quarantine requirements. Chinese travelers seeking to leave the country are often stymied due to flight bans and passport restrictions. International passenger turnover in Chinese airports in 2021 was only 2.8% of 2019 level.

From this isolation has emerged a new strand of Chinese exceptionalism and nationalist sentiment that is palpable on the Chinese internet.

Due to fear of COVID-19 and disillusionment with the West, significantly fewer Chinese students chose to study in the U.S., U.K., Canada, and Australia—the four major English-speaking countries that used to be considered popular and prestigious destinations for Chinese students. With a few exceptions, around half a million international students hoping to study in China were not allowed to (re)enter as of 2022 due to the Zero-COVID policy. To be sure, these restrictions are symptomatic of a distinct control element of zero-COVID in terms of restricting influence from abroad: it is a politically convenient way to screen incoming and outgoing people and ideas. For instance, zero-COVID has been used as a rationale to further restrict the access of already beleaguered foreign journalists. Likewise, only very select foreign student programs have been allowed back in the country, while most others have not.

From this isolation has emerged a new strand of Chinese exceptionalism and nationalist sentiment that is palpable on the Chinese internet. As the rest of the world reopens and learns to live with the virus, China’s strict zero-COVID policy has evolved to become a defining national characteristic, distinguishing China from the “others.” Despite much public outcry against draconian lockdown measures in cities like Shanghai, still, many Chinese take the Zero-COVID policy as evidence of Chinese culture’s superiority in making personal sacrifices to care for the elderly and protecting human lives. Beijing’s propaganda machine has capitalized on this opportunity to broadcast foreign countries’ failures around the clock, while emphasizing the Chinese system’s unique leadership capabilities to take extreme measures to control the pandemic. 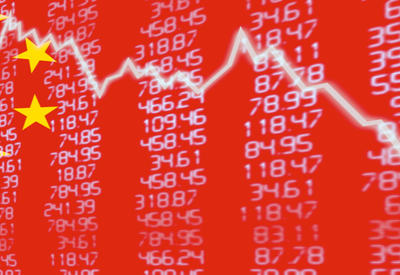 China’s leadership and official diplomatic outreach efforts have strived to construct a notion of a global “community of shared destiny,” with Beijing at the helm. However, the prevailing exceptionalist sentiment among much of the Chinese public is indiscriminately isolationist. China may not be losing ground with its virtual, stay-at-home diplomacy, but this tension and the failure of people-to-people diplomacy may ultimately undermine their efforts.