Blockchain is both a cure and a new poison

Blockchain holds the promise of helping us out of the grips of our current Big Tech, digital feudalism. Through decentralisation, big corporations and governments may lose their influence over the digital landscape. However, power games will still be played in the new world of blockchain, and we must work hard to make sure that it is once more not solely the rich who hold all the cards, write Wessel Reijers and Morshed Mannan.

In a recent article for The New Yorker, Charlie Dektar envisions what a deactivation procedure for Facebook’s planned ‘metaverse’ might look like: a user cowering before the throne of a Mark Zuckerberg avatar, who with menacing calm dispatches the supplicant from his digital realm.

This dystopian vision speaks towards a growing public concern with digital feudalism. Large platform operators are seen as feudal lords of their respective walled gardens. In these gardens, the lords are able to arbitrarily exercise their whims on users and workers, while simultaneously extracting rents from them. Rents range from the commodification and sale of user data, via the exploitation of zero-hour contract workers hired by the platform, to the intensified surveillance of both groups.

While similar charges have been levelled against the corporatization of the Internet, the global scale and astronomical sums involved in the contemporary iteration of digital feudalism are unprecedented. The opacity and unaccountability of the decision-making processes of platform operators has led to an erosion of trust - where users, workers, and governments cannot expect operators to respect their interests. Political mobilization concerning the ‘trust crisis’ of Big Tech has generated tension between Silicon Valley and regulators across the globe.

With the dystopian vision of the metaverse, tech giants are openly revealing their ultimate dream to become the government.

With the dystopian vision of the metaverse, tech giants are openly revealing their ultimate dream to become the government. The governments of nation-states, meanwhile, are increasingly aware of the threat of digital feudalism. China recently clamped down on its powerful tech sector. In the US Congress, an increasing number of representatives raise their voice in favour of breaking up the American tech giants. Similarly, in the European Union, a legislative proposal on digital markets seeks to temper the unfair practices of these "gatekeepers" by, among other things, requiring their services to be interoperable with third parties under certain conditions.

Back to the Future

The global crisis of trust posed by cyberspace might remind us of a similar crisis during the financial crisis of 2008. Yet, while that trust crisis threatened our financial systems, the current crisis strikes closer to the core of our societies. Democratic values and liberal governance have now come under threat.

Back in 2008, a little-known peer-to-peer payment system took on the powerful financial sector. Today, almost everyone has heard about Bitcoin and the blockchain technology that powers it. While the technology is now clouded in ‘get rich quick’ narratives, its initial raison d'être was its capacity to dismantle the need for trusted third parties.

While the technology is now clouded in ‘get rich quick’ narratives, its initial raison d'être was its capacity to dismantle the need for trusted third parties.

A blockchain functions as a distributed database to which transactions are sequentially added in ‘blocks’ to a peer-to-peer network. Public blockchain systems operate transnationally, make use of cryptographic techniques and pseudonymous user profiles, and are not subject to arbitrary coercion as blocks are added on the basis of consensus. This last feature has produced the popular belief that blockchains are ‘immutable’.

Blockchain technology was quickly hailed as a ‘trustless’ alternative to trusted third parties― the big banks that operated the financial system. Instead of corrupt bankers who devise fraudulent schemes to empty the pockets of the common people, for its proponents, blockchain technology would prevent any person from cooking the books or cheating the system. No person would have to be trusted, as Andreas Antonopoulos claimed, only ‘math’.

Since the arrival of Bitcoin, blockchain technology has moved beyond its initial application as cryptocurrency. With the emergence of general-purpose technologies like Ethereum, the possibilities seem endless. Blockchain may be used for land registers, identity management, and also - as Vitalik Buterin recently prophesied - for social media. Next to ‘fixing’ the trust crisis of 2008, blockchain technology now also promises to fix the threat of digital feudalism and save our democracies.

Yet, is blockchain really the right escape?

To answer this question, we need to understand what blockchain technology offers instead of ‘trust’. Trust happens to be one of the most complex and elusive concepts in the social sciences and it is liberally used in discussions on blockchain, including in Satoshi Nakomoto’s Bitcoin whitepaper, without a clear definition. A good start, however, can be made by distinguishing what sociologists like Niklas Luhmann have called ‘confidence’ from trust.

No one company or person could coerce or control a blockchain-based cyberspace.

Confidence, Luhmann argued, does not need an agent, an ‘addressee’. When you trust, you usually trust someone (or a group of people) and put yourself in a vulnerable position regarding their judgment. You risk being betrayed when you trust and you therefore look for oversight and accountability mechanisms to avoid such betrayals. Confidence, in contrast, emerges from the reduction of risk or uncertainty by means of statistical evidence or observation that a system operates as expected. It is arguably more resilient than trust as an erosion of confidence will require a fundamental shift in circumstances, in comparison to the single breach that can destroy trust.

Blockchain technology is in the business of reducing uncertainty. In other words, it operates like a ‘confidence machine’. To ‘build’ confidence, blockchain technologies combine deterministic computing, cryptographic primitives, and distributed consensus mechanisms. Together, these features ensure the predictability of transaction outcomes, the ability to verify transactions, and the guarantee that a consensus is reached about the correct state of a system.

Such a confidence machine could potentially topple Zuckerberg’s thiefdom in the metaverse. No one company or person could coerce or control a blockchain-based cyberspace. Decisions would have to be based on a consensus between participants, which potentially includes all of us as users. And once decisions are made, the network implements them automatically. Nobody can rule, nobody can cheat. And, indeed, we are already seeing the emergence of blockchain-based metaverses, such as Decentraland.

So, is this the digital utopia?

The Need for Governance

Unfortunately, or perhaps luckily for those of us who cherish human freedom, confidence machines are unable to eliminate human trust. Rather, they displace trust through a network of different actors. Many blockchain systems, including Bitcoin, are under the influence of powerful economic players, such as large mining pools. Moreover, software developers, especially founders, often have a strong voice in the way blockchain systems are governed. Wealthy token holders can have an influential say in changes made to blockchain networks. Informal reputation systems persist in the communities building and running blockchain-based applications. And finally, regulators, without having the power to coerce blockchain systems, can steer these systems in certain directions.

With all these actors trying to influence a system, the need for trust to deal with risk, reappears.

Blockchain systems model their users as self-interested agents that want to maximise economic rewards. This is detrimental for other laudable human characteristics that might yield trust, such as self-sacrifice, and altruism.

Some calamities in the past few years show that this need is not hypothetical, but very real. The most famous one to date is probably the 2016 ‘DAO attack’. The DAO was the first-ever ‘Decentralised Autonomous Organisation’ that operated on the Ethereum blockchain. Because of a glitch in its code, a user managed to ‘steal’ around $150 million worth of cryptocurrency. According to the presumably immutable code of the confidence machine, this wealth was legitimately acquired. Yet, the Ethereum community thought otherwise. Through the coordinated efforts of a number of ‘trusted’ parties, the stolen funds were eventually frozen and the theft made ineffective.

What this shows is that just as with digital feudalism, blockchain cyberspace has to deal with issues of trust. And to manage trust, governance is needed. A new question thus arises: does blockchain offer better possibilities for governance than our current digital overlords?

Let’s start with the bad news. Blockchain governance has serious problems, as a recent piece by Nathan Schneider shows. The main issue, Schneider argues, is that blockchain systems implement a form of governance called ‘cryptoeconomics’. This reduces all human interactions to economic interactions. Such a reduction generates familiar political problems.

First, blockchain systems mostly operate as plutocracies. This means that the more wealth you hold, the more influence you have, and the more influence you have, the more wealth you gain. It’s a vicious spiral that leads to a government by the few, not the many. Second, blockchain systems model their users as self-interested agents that want to maximise economic rewards. This is detrimental for other laudable human characteristics that might yield trust, such as self-sacrifice, and altruism. Third, blockchain systems generally discount important externalities, such as their negative impact on the climate.

We have to recognize that blockchain is both a cure and a poison.

However, we need not be overly pessimistic. There is good news as well, and this has very little to do with the confidence machine. What blockchain communities do much better than the digital feudalists is to publicly recognize the need to change governance practices and consciously look for alternatives. Unlike the Silicon Valley start-ups that happily pursue shareholder wealth maximization, there are blockchain communities trying hard to make governance work for a wider variety of financial and non-financial stakeholders.

Some interesting initiatives show how governance can be done differently. SourceCred uses a modified pagerank algorithm to better highlight and reward people’s labour contributions to collaborative efforts that are otherwise unrecognised in traditional organisations. DADA, a blockchain-based collaborative art platform, seeks to help digital artists get paid royalties on secondary sales of their art, while creating a token economy that is not based on speculative value but rather the value of the art, the community, and its network effects. This has resulted in a ‘Cambrian explosion’, as Schneider put it, of new forms of democratic governance; experiments with transnational organisation, new voting procedures, online dispute resolution mechanisms, and so forth.

It is therefore in the very human efforts to redesign governance of blockchain networks that we might find hope for a better future beyond digital feudalism. Yet, we have to recognise that blockchain is both a cure and a poison. It contains the good, the bad, and the ugly for the future of democracy and governance. It is up to us to bring out the good. 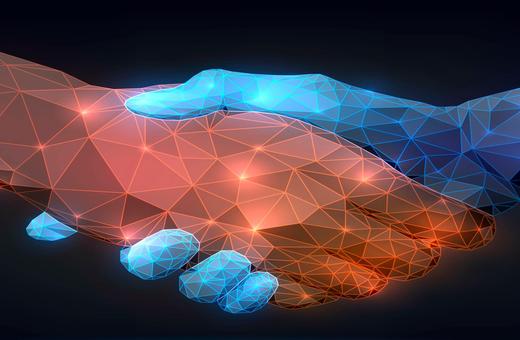 How technology will revolutionise relationships 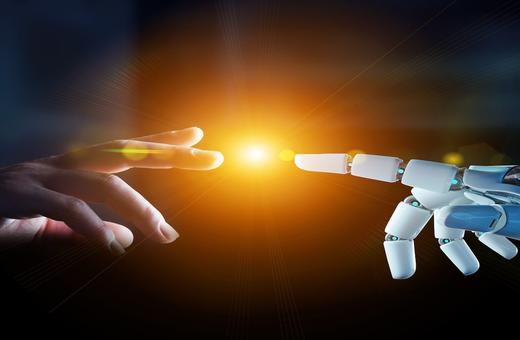 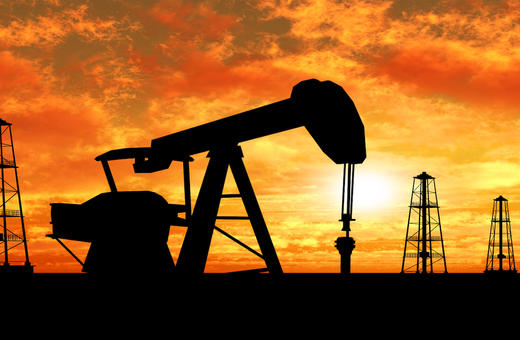 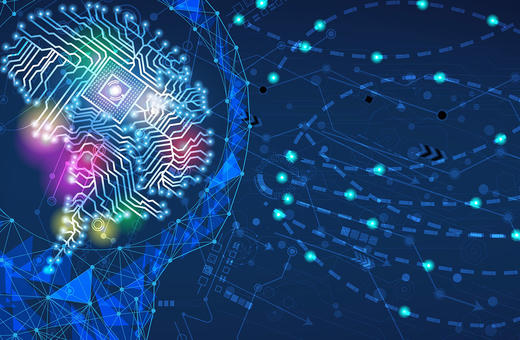 Blockchain is a technology that can be used to create a decentralized, distributed digital ledger. It can be used to store data in a way that makes it difficult to change or tamper with the data. Blockchain has been touted as being able to solve many of the problems that have plagued big tech for decades, such as lack of transparency and privacy issues.

Blockchain has been touted as being able to solve many of the problems that have plagued big tech for decades, such as lack of transparency and privacy issues.