How we can avoid inflation

There is an inflation crisis, and some are blaming central banks for following outdated monetarist policies as a response. But forgetting one of the central tenets of monetarism was what led to the current inflation crisis in the first place, argues John Greenwood.

The UK economy is in crisis, and some economists have blamed “the current economics orthodoxy” as being responsible for making it worse. They see the Bank of England’s attempts to regulate demand by raising interest rates, thus making borrowing more expensive, as a relic of failed “monetarist” policies of the past. But this criticism is misdirected. 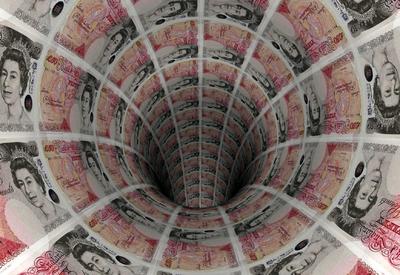 Over the past decade, the Bank of England has gradually shifted away from controlling money - a policy which is fundamental to achieving its mandate of 2% inflation – to placing more and more emphasis on interest rates and monetary/financial conditions indicators. It has ignored money growth. For example, the words “money supply” have not appeared in the Bank’s quarterly Inflation Report since August 2018. The result has been erratic money growth, leading to the current double-digit inflation.

More specifically, the current episode of inflation in the UK has resulted directly from excess growth of the quantity of money since the onset of the Covid-19 pandemic. To verify this simple-sounding statement, we need to show (1) that steady money growth at an appropriate rate was key to the Bank achieving its inflation target in the past, (2) that it was the Bank and not government spending that created the excess money, and (3) that the magnitude of excess money growth is consistent with the amount of inflation generated in the past year or so.

During the years 2012-19, i.e., the eight years starting with the return of monetary growth to normal after the global financial crisis of 2008-09 and ending just before the onset of the pandemic in 2020, the Bank of England was broadly successful – on average – in achieving its inflation target of 2%. This was despite inflation rising to 5% in 2011 and falling to zero in 2015.

What was the source of that success? Over the period as a whole, broad money growth had averaged 4.4% p.a. In quantitative terms, this had financed average annual nominal GDP growth of 3.8% p.a., while allowing some margin for the annual increase in holdings of money by the population. Research shows this trend of mild increases in money balances to be the norm in both developed and emerging economies and the trend ought to be incorporated into any plan for an appropriate money growth rate. Nominal GDP growth of 3.8% p.a. was split between 2.0% p.a. real GDP growth and 1.8% annual increases in prices, as measured by the GDP deflator.

As former Governor Mervyn King says, “Quantitative easing is an expansion of the money supply, although most central banks are reluctant to describe it as such.”

It should hastily be added that this period was not by any means a model of monetarist policy. Money growth was too slow at the start (in 2012), too rapid after the dose of Quantitative Easing (QE) in 2016 prompted by Brexit, and too slow for a year and a half in 2018-19. Also, two sharp depreciations in the exchange rate, after the housing bubble burst in 2008 and after the Brexit vote in 2016, introduced much statistical “noise” from imported inflation into consumer prices.

Nevertheless, the data illustrate that monetarist policies – that is, stable growth of the broad money supply over a number of years – did deliver the low and stable inflation mandated by the Bank’s inflation target, although only over the medium term (i.e., 3-5 years). In short, while stable money growth does not guarantee price stability in the short-term since exchange rate movements or terms of trade shocks can destabilise prices temporarily, it is the best way to ensure price stability over any longer period. Applying this lesson to the Covid period, if the Bank had continued with the money growth rates achieved on average during the 2012-19 period, there is no reason to think that inflation would have become a major problem in 2021-22.

However, instead of allowing the broad money supply to continue to grow at the same  average growth rate of about 4.4% p.a. that had prevailed between 2012 and 2019, as soon as Covid took hold in March 2020 the Bank embarked on another episode of QE, or large-scale asset purchases (mainly of gilt-edged securities) and lending that together pushed up money growth to almost 15% year-on-year by February 2021.

It is relatively simple to show that the Bank created the money; it is less straightforward to explain why the Bank made this fundamental error.

When the Bank engages in QE, it purchases gilts from non-bank institutions such as insurance companies, pension funds and money managers. The purchases are matched by payments from the Bank to the seller whose bank deposits therefore increase by an amount exactly equal to the value of gilts purchased. This increase in deposits directly increases the quantity of money in the economy. Initially, these funds will be used to purchase other securities, such as corporate bonds or equities, or tangible investments, such as commercial property or commodities, pushing up the prices of these assets. Higher asset prices induce a “wealth effect”, encouraging businesses and consumers to spend more.

As former Governor Mervyn King says, “Quantitative easing is an expansion of the money supply, although most central banks are reluctant to describe it as such.”

The increase in reserves of banks on the Bank of England’s balance sheet due to QE was £496 billion between February 2020 and December 2021, which in turn boosted the quantity of money by £455 billion. These extra funds in the banking system made it relatively easy for the government to finance its huge borrowing requirements during the pandemic – whether to fund the NHS, or for furlough payments, or to support businesses with loans or grants. Net debt issued by the Treasury increased by £574 billion over the same period. In effect, most of the increase in government spending was financed by “printing” the money.

Far from expressing any regret about the unwarranted increase in the money supply, Governor Andrew Bailey insisted that “going big” was the right thing to do.

Why did the Bank do this? We already know that the Bank pays little attention to money growth. But we may also conjecture that since QE did not produce inflation in 2009-12, Bank staffers reckoned that QE would not lead to inflation this time either. However, the truth is that due to their impaired balance sheets, commercial banks were not lending in the aftermath of the Great Financial Crisis, and therefore the Bank needed to step in and create money in their place. Such conditions did not apply during Covid: banks’ balance sheets had been repaired, and so they were able to lend, while government schemes encouraged such lending by providing subsidies and guarantees.

The cumulative increase in the quantity of money from the start of Covid to September 2022 has been 27%. Deducting a generous 10 percentage points for funding three years of real GDP growth and the estimated increase in demand for money balances leaves us with a probable 17% increase in the price level since early 2020. In fact, by November 2022 the CPI had increased by 16.7% compared with February 2020, very much in line with what monetary theory would project. 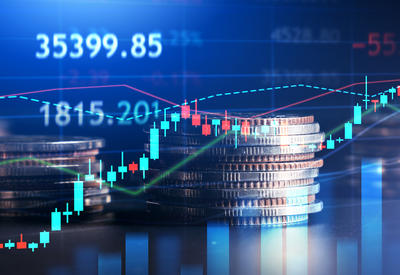 When Covid struck, there were a number of central banks – notably those in Japan, Switzerland and China – that did not respond with QE or excessive money growth. Despite experiencing almost exactly the same supply chain problems and energy price increases, these economies have not seen their inflation rise much above 3%. If the Bank of England had avoided the unwarranted increases in money as a response to Covid – as any good monetarist would have advised – the UK would not now be facing double-digit inflation.

The Bank needs to ensure that, whatever it does to interest rates, money growth remains low and stable, roughly in a range 4-6%. A sensible monetarist policy of this kind would avoid repeating the mistakes that have led to the current episode of inflation.