| Professor of Philosophy at San Jose State University and author of The Extraordinary in the Ordinary: The Aesthetics of Everyday Life
1,013 words
Read time: approx. 5 mins

Art that is grounded in close observation of the everyday – think grey-washed British films, the flawed characters formed in gritty cities and ‘ kitchen sink’ paintings – has much to recommend it. Lukács, the Hungarian philosopher and critic, contrasted it favorably to the unchanging, noble heroes of modernist novels. He noted especially its truthful depiction of the relationship between the human subject and the outside world. But this view of realism stemmed from a particular moralistic purpose– an unacceptable constraint in both art and life, writes Thomas Leddy.

Everyday aesthetics is a fairly new branch of philosophy focusing on the aesthetics of everyday events, settings and activities.  For Lukács, the Hungarian philosopher, historian and critic, the issue of everyday aesthetics comes up in contemporary life in three ways. Firstly, in the relationship between the human subject and the outside world, secondly, in relation to Freud's notion of the psychopathology - mental disorder - of everyday life and, thirdly, in its approach to sensory detail. In all of these areas, Lukács criticizes modernism (the ideology of modernist literature on which much of our film, TV and literature is still grounded) from a Marxist, realist perspective - stressing that the subjective and the objective are in a constant interplay to form human nature; that mental disorder is no escape from capitalist contemporary life; and that sensory detail is essential to ground art.

Lukács stresses that the subjective and the objective are in a constant interplay to form human nature and our experience of the world.

Lukács’ first critique of modernism is that it does not portray human development as an interplay (a dialectic) between the subjective self and the objective world; it stresses a static notion of human nature over a dynamic one. The central character battles through a changing and adverse world, but overcomes his or her problems through the strength of a fundamental human nature. In this way, modernism implicitly argues that humans have such an unchanging human nature. This nature is described as being "thrown-into-being" by Heidegger.  It is the experience of being ontologically alone: our essential and existential solitariness.

At root, the modernist style of art and presenting the world is derived from the ontological dogma of the solitariness of man." To understand this better, think of Aristotle's idea of man as a political animal: ‘...each new phase in the evolution of society’ produces a new typology of humans. The value of aesthetic realism is that it sees contradictions both within society and within the individual in terms of dialectic.  In the realist literature of Shakespeare, Balzac, and Stendhal "the average man is simply a dimmer reflection of the contradictions always existing in man and society."  And this is impossible if you believe man is thrown into Being, in the Heideggerian sense.

This view of human nature is combined with a view of the nature of possibility. Concrete possibility is based on the historical conditions of our being. Abstract possibility, on the other hand, is not bounded by our current, material situation. For the modernist, possibility is only abstract:  it is never concrete. For the realist there is both abstract and concrete possibility: both man and human culture are historically situated. Similarly with time: The realist novel stresses a dialectic of subjective and objective time, not subjective time alone. Note that this avoids the mistake - a form of vulgar Marxism - reducing the subjective to the objective.  Retaining subjectivity allows for the possibility of human choice.

A second problem that Lukács finds with modernism in contrast to aesthetic realism is that it offers retreat into psychopathology - mental illness - as a solution to the alienation of contemporary, capitalist life. If you do not "run with the pack," i.e. join in the capitalist rat race, your only alternative is becoming a neurotic.  But this is no solution to the problems posed by capitalist society.  As Alfred Kerr put it, "what is poetic in everyday life?  Neurotic aberration, escape from life's dreary routine." And, as Lukács observes, this is made necessary by the ‘prosaic quality of life under capitalism." In this way, the poetic evolves from a "merely decorative function, bringing colour into the greyness of reality" into a "moral protest of capitalism."

There is a sense in Lukács that a novel cannot be good unless it in some way promotes a socialist revolution.

A third issue is differing approaches to sensuous details.  Lukács says of Kafka (whom he sees as a paradigmatic modernist), "He has emptied everyday life of meaning by using the allegorical method; he has allowed detail to be annihilated by his transcendental nothingness" and this "prevents him from investing observed detail with typical significance."  In short, Kafka cannot "achieve that fusion of the particular and the general which is the essence of realistic art" since his aim is to raise the individual detail to the level of abstraction.

So what are the implications of this for an aesthetics of everyday life? Consider modernism and realism as competing approaches to life in general, not just towards novels that portray life.  Ultimately Lukács' distinction between abstract and concrete possibility hides something more fundamental. Although he is mainly interested in criticizing a certain type of novel he is also interested in the main problems of Marxism, i.e. in how to explain the world in materialist terms and how to promote socialist revolution, and he situates his critique within that other interest. Lukács is, finally, a moralist. There is a sense in Lukács that a novel cannot be good unless it in some way promotes a socialist revolution, and that his criticisms of modernism in relation to realism as stem from this. Although his criticisms of the modernist aesthetic are illuminating, this seems severely limiting to the novel, to art and to life in general.

From Continental Aesthetics:  Romanticism to Postmodernism:  An Anthology.  ed. Richard Kearney and David Rasmussen. Blackwell 2001. “The Ideology of Modernism.” 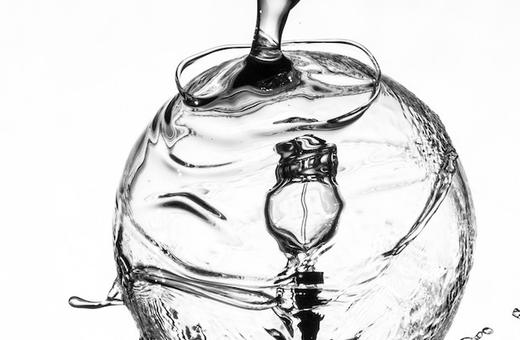