The scholars explain their position against co-platforming

We — Robin Dembroff, Rebecca Kukla, and Susan Stryker — were recently invited by the Institute for Art and Ideas to contribute short paragraphs on the IAI website on what philosophy could offer to contemporary understandings of transgender issues. We each accepted the invitation because we are philosophers and/or gender theorists who work on this topic and are committed to public scholarship. Upon publication, we learned that our responses were being presented as part of a “debate” on transgender identities, and we asked that our responses be taken down – a request that generated considerable backlash against us on Twitter and other social media. We appreciate that IAI has honored our request to remove our work, and offered us the opportunity to explain our reasons for retracting our original contributions.

We considered our inclusion in the IAI “debate” to have been a non-consensual co-platforming, for which we sought redress through the retraction of our contributions. We also believe that the reframing of our contributions as part of a debate we did not know we were in, or choose to be part of, changed the force and meaning of our words. We welcome genuine dialogue and mutually respectful exploration of the complex and contentious social realities that characterize contemporary transgender issues. We devote a large part of our working lives to these issues, and we have much at stake in them, personally and politically. We object, however, to any “debate” that questions transgender people’s fundamental legitimacy as people who are entitled to the same respect as any other person. We reject as a starting place presuppositions held by some voices included in the IAI forum that transgender people are by definition mentally ill or delusional, and that respecting transgender people irreparably conflicts with the interests of cisgender women. These presuppositions are uniformed, and fly in the face of evidence as well as years of feminist thought and activism. They preemptively delegitimate transgender people as speaking subjects. We consider the right to occupy spaces in which our basic safety is not at risk to be a right that should not be up for debate. We refuse on principle to engage in any discussion that treats such positions as up for abstract intellectual debate, in the same way that we would refuse to participate in a conversation that debated whether the Holocaust actually happened, or whether corrective rape should be used to cure lesbianism, or whether or not the white race is superior to all others. There are limits to civil and intellectual discourse beyond which speech acts are simply acts of violence.

We believe that the discourse of some invited participants in the original IAI forum goes beyond those limits. We refuse on principle to “co-platform” with those who seek, under the guise of “debate” with us, to persuade an audience that it should partner with them in advocating harm to us. While there are reasonable conversations to be had about the usefulness and ethics of “no-platforming” as a tactic, we each arrived at this position with respect to the present situation independently, after careful deliberation.

As feminists, as philosophical thinkers, and as queer and trans scholars, we hold that how minoritized people live out their embodied difference in the world can offer valuable existential and phenomenological perspectives on ethical, political, ontological, and epistemological questions. We welcome any engagement with our work, or with our lives, that begins from a place of mutual respect and curiosity. 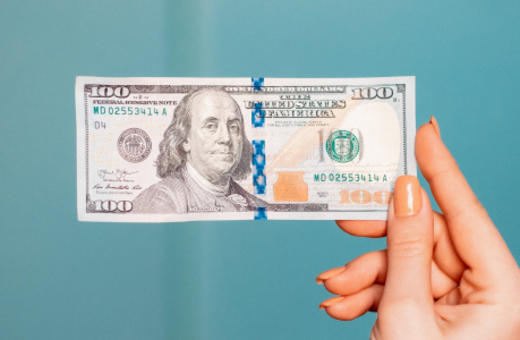 How to Talk about Sex

We refuse on principle to “co-platform” with those who seek, under the guise of “debate” with us, to persuade an audience that it should partner with them in advocating harm to us. bullet force

":. There are limits to civil and intellectual discourse beyond which speech acts are simply acts of violence."

" These presuppositions are uniformed,(sic?) and fly in the face of evidence as well as years of feminist thought and activism. They preemptively delegitimate transgender people as speaking subjects."

In exactly the same fashion as your claims to 'truth' preemptively delegitimate discourse; discourse wherein your ideas are indefensible, hypocritical, and wilt before even the most basic of critiques or investigations.

Trans crybully losers cannot simply by fiat declare that they have won the debate. In fact, every day, the validity of the trans pretense is more and more transparently false. We normal folks are going to end the ability of M2F trans who pretend to be women to compete as women.

My goodness. This retraction is nothing more than three so called academics making excuses for being too scared to engage in a public debate, which is respectful, and sorely needed in these days of Identity Politics. Why won't they submit to debate? I believe the entire trans community, especially those that have been manipulated and schooled by the the tans lobby, have been instructed not to engage with anyone or any group without knowing first what will be said. I believe this is because they know their ideology is too easily dis-proven. Postmodernism is not based in material reality, and is subjective to each individuals 'personal feelings', which is not a good platform if you are trying to 'prove' something. They conflate what the other academics have said into Hate Speech. No one with a mind would see it as hate speech for a moment. Reasoned arguments are essential for society to progress. Trans ideology is regressive, as we can see from their position of affirming gender norms in anyone who doesn't conform to patriarchal gender norms. I am sick of trans activists lying and exaggerating in the face of what the rest of us know as truth. How dare these 'so called academics' treat other academics like pariahs, and cast them as people who want violence against trans people. Not once have I heard another feminist advocate for violence against trans or non-binary people. It is always the other way around, which fits with their inversion of philosophical statements and theories. To take philosophy, and then turn it against the people is as right-wing as you can get. Maybe one day the transpeople who advocate violence against feminists and lesbians and children will come to realise that this movement was designed to further oppress WOMEN and Children, funded by billionaire philanthropists from America, and stop spreading and enforcing U.S foreign policy. ( Don't they ever wonder why they have advanced so easily? ) Any academic worth their degree should know this by now. I stand with all Women who know how this will effect them in the near future, which is to make Women sub-human and denied any rights at all. Why they can't see this yet is something that will bother me to the end of my days. Woman. Vagina. Womb. Cervix. Daughter. Mother. All words that we use to speak of our bodies and selves. What else could it be but erasure of Women as a class when they take our very words away from us,so we can not arggue for our sex-based rights! Ask yourselves why. WHY? Why is this happening? Because it has sod all to do with men who want to perform as WOMEN.

There are a lot of 'straw man' arguments in the above, hyperbolic, comment. I'm very disappointed that the balancing articles, by Julie Bindel, Kathleen Stock and Holly Lawford-Smith are extremely difficult to find by searching, and aren't linked from this page. I've been sent a link to these articles, but you'd be hard pressed to know they were online otherwise. Women are ill-served when the trans community decides there can be #NoDebate, and refuses to engage with the type of questions which philosophers discuss on a daily basis. This often means people from the trans community hold forth on TV or radio with no-one present to challenge their more ridiculous claims - and IAI.TV is now doing the same. As I say, disappointing.