Senior Lecturer in Women’s Writing at the School of Communication and Arts, University of Queensland Australia and author of Margaret Cavendish: Gender, Science and Politics

Science fiction can sometimes seem to be just good, frivolous entertainment. In fact, the origins of science fiction can be traced back to early modern philosophy, when philosophers used storytelling that imagined alternative worlds and beings in order to make better sense of the scientific revolution and the religious and political upheaval that accompanied it. Even today, science fiction stories are often elaborate thought experiments – a useful philosophical device - bringing ideas to life and having an impact on our imagination and thought that dry, analytic essay writing isn’t capable of, writes Lisa Walters.

Some of the earliest science fiction authors (who wrote sci fi before such a label existed) were well-known philosophers. The Renaissance saw the rise of what we now refer to as science fiction; philosophers such as Francis Bacon, Johannes Kepler, and Margaret Cavendish wrote fictional stories about their philosophical and scientific ideas.

Today’s distinctions between science and philosophy made less sense 350-400 years ago. Many scientists called themselves natural philosophers, a branch of philosophy broadly

interested in investigating the workings of nature and the universe. In addition, the Renaissance was not only the era of the Scientific Revolution, but also it was a time when Europeans discovered that the world was much larger and more unfamiliar than was ever thought possible as they began to travel around the globe and colonize the Americas. Renaissance philosophers such as Kepler imagined a new culture and aliens that inhabited the moon. [1] Bacon also imagined a sophisticated scientific society somewhere west of Peru, and Cavendish portrayed an alien world (or parallel reality) filled with intelligent creatures with their own unique solar system. For those philosophers, what we would call science fiction today was once a way of doing philosophy.

Imagining new cultures and worlds can serve as what is known as a “thought experiment” in philosophy, a strategy which transfers the reader to another world, society or time for the purpose of exploring and enacting unconditionally a philosophical idea. For example, René Descartes, who held that we cannot be certain of the existence of the external world outside of our minds, used a thought experiment where he imagined an evil genius deceiving him into believing the existence of external reality. While Descartes did not turn this thought experiment into speculative fiction, it was essentially done for him 350 years later, updated for the age of computers, in the film, The Matrix (1999).

Today science fiction still regularly takes place in new worlds and cultures, offering important opportunities to explore political philosophy and thorny issues about ethics, power, selfhood, and what it means to be human. For example, Dune depicts a world where sophisticated, futuristic technology is employed by hierarchical, imperial societies, suggesting that advances in science will not necessarily resolve our political problems, violence, exploitation and inequities. Ursula K. Le Guin takes up different issues in The Left of Hand of Darkness where she speculates what a world would be like without the existence of gender. Both Star Wars and Kazuo Ishiguro’s Never Let Me Go, both imagine in their own way, what would happen in a world where cloning technology were applied to human beings. What would clones’ role and purpose be in society? Would they be discriminated against like other groups of marginalized people and be considered “trash” as one of Ishiguro’s clone characters laments. When nineteen-year-old Mary Shelley, the daughter of two famous philosophers, wrote Frankenstein, she may not have imagined a new world, but she certainly raised important questions about what it means to be a human being and the purpose of science.

Today science fiction still regularly takes place in new worlds and cultures, offering important opportunities to explore political philosophy and thorny issues about ethics, power, selfhood, and what it means to be human.

Unlike their earlier predecessors, contemporary philosophers no longer explore their philosophy through science fiction, likely because modern academic disciplines are far more demarcated than earlier periods. But why didn’t some early philosophers just stick to philosophical writings and thought experiments like Descartes, but instead ventured into fiction writing? In 1686 Bernard Le Bovier de Fontenelle wrote a fictional conversation between a gallant philosopher and a lady about astronomy and philosophy to help educate women about science [2]. The eighteenth-century philosopher George Berkeley published a short story that attacked Descartes’ understanding of the pineal gland in a popular newspaper; presumably Berkeley felt that speculative fiction was the best way for his philosophy to reach a mass audience.

It’s one thing to argue in a dry treatise about power and politics, but another to vividly demonstrate through story-telling the violent and sinister effects of such power.

But was reaching a larger audience the only advantage? During the Renaissance Margaret Cavendish’s The Blazing World depicts an Empress with absolute power who uses technology to manipulate and awe people into religious belief and complete political submission. At first, the Empress encourages science, but then realizes it could hamper her own power, so she destroys all societies of learning while going on a rampant killing spree to conquer another world. Cavendish’s story then explores the nature and possible consequences of one person holding too much authority. It’s one thing to argue in a dry treatise about power and politics, but another to vividly demonstrate through story-telling the violent and sinister effects of such power. While dystopia is not necessarily science fiction, it serves a similar role. It’s one thing to read political philosophy that discusses the problems of fascism, but it is much more harrowing and persuasive to see it enacted in 1984, Brave New World and The Handmaid’s Tale. Similarly, the medium of fiction can potentially allow us to deeply care about characters; watching them suffer under an oppressive regime can provide an emotive and sympathetic response that is far more persuasive than a logical philosophical essay about the problem. We’re human beings after all and we relate to the stories of other humans.

The medium of fiction can potentially allow us to deeply care about characters; watching them suffer under an oppressive regime can provide an emotive and sympathetic response that is far more persuasive than a logical philosophical essay about the problem.

There are limits, however, to speculative fiction. It is difficult for fiction to capture the depth of a complex ontology or theory of knowledge. Nor is it easy to demonstrate in fiction how a philosopher is building from and challenging in detail a myriad of other philosophers through their ideas. Hence, science fiction can lend itself to facile pseudo-philosophizing. Nonetheless, science fiction can serve as extended thought experiments, as it speculates about the possibilities of the universe and human existence. In 1895, for example, H.G Well’s The Time Machine not only considered the possibility of time travel, but what life would look like after human existence ended in the far future. Such stories can explore a thought experiment with much more detail and nuance as characters experience and live through the consequences of such ideas.

Ultimately, both philosophy and science fiction have always explored some of life’s most basic questions. What does it mean to be human? What is the nature and scope of the world and universe? What is our place in this universe? If philosophy is the love of wisdom, there is little doubt that fiction, and science fiction in particular, can make us wiser through imagining alternative worlds and perspectives through human stories and characters that makes us care about the ideas more than a dry philosophical essay could.

[1] Kepler may have been drawing from the 2nd century Greek satirist, Lucian, who wrote of a lunar civilization and is sometimes considered the first known science fiction writer. As far as I am aware, no other writer has been considered an author of science fiction until the 1600s.

[2] While this fictional conversation about science and philosophy may not quite fit into the category of science fiction, it was tremendously popular indicating that Fontenelle was correct in that the medium of fiction, or fictional dialogue, was successful at reaching a larger audience. Cavendish also claimed The Blazing World was written to educate women. 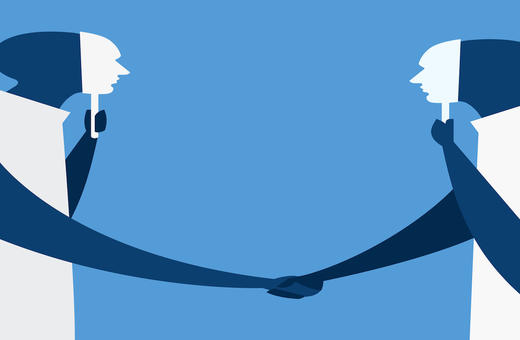 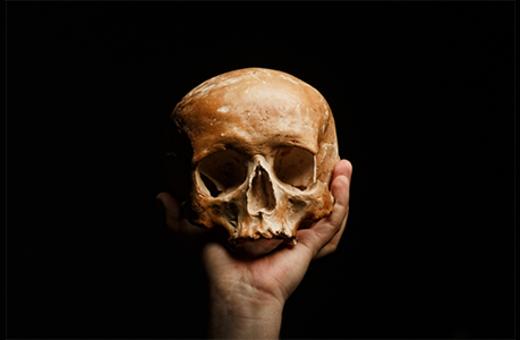