Do families do more harm than good?

You can't choose your family. But despite this, most of us wouldn’t choose to be without them either. For the lucky, families are a place of love, care and safety. But for many, the family creates everlasting trauma in a life. Even in so-called ‘happy familles’, the unpaid labour and childcare are exhausting. Leading feminist critic, Sophie Lewis, argues the family should be abolished.

The social scientific consensus that the overdeveloped world is in the grip of a ‘care crisis’ is at least fifteen years old: life expectancies are going down, we all work ourselves sick, no one can comfortably afford adequate housing, and our governments have decimated social services such as shelters, eldercare, disability care, psychotherapy, and support for queer youth. By cloistering huge numbers of people within the domestic sphere, the COVID-19 pandemic shone a light on the longstanding strain affecting local webs of mutual aid (and unpaid kin-based care) as well as fragile global chains of commodified care. While Covid exacerbated them, the so-called ‘shadow pandemics’ of elder abuse, domestic battery, isolation, community depletion, familial sexual violence, mental ill-health, and a phenomenon UNICEF calls child ‘regression,’ were clearly preexisting. Op-eds came thick and fast wondering if ‘the nuclear family was a mistake.’ 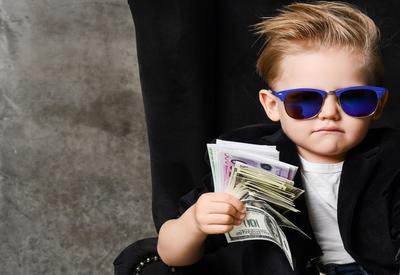 SUGGESTED READING The family's threat to justice By AdamSwift

Pundits seemingly agree that the market has leaned too heavily lately on the (still gendered) services of the private household. Yet the solutions typically proposed—get a bigger dinner table, let grandma and grandpa move in—are too timid, unwilling to demand state funding for free universal crèches and care homes, let alone contemplate a more thoroughgoing deprivatization of care. I mean, I get it: it’s terrifying to imagine a post-family world! To speak of ‘expanding’ the family, rather than ‘abolishing’ it, certainly sounds more congenial to most of us. But it makes no sense to try to expand what is essentially a system of organised scarcity that we administer via marriage- and genetics-based norms of custody, habitation and inheritance. Meals, clean clothes and children could all be manufactured differently. The overwork we experience in the private home is naturalized, yes, but it isn’t natural.

For a couple of centuries, the family has functioned as a source of almost infinite free labour for bosses and states.

For a growing number of people young and old—including some participants in the mass anti-productivity trend known as the Great Resignation or Big Quit—revisiting the ancient revolutionary demand of ‘family abolition’ with an open mind in 2022 is an intuitive move. Wasn’t it precisely the economic ideology of ‘family’ that, perversely, drove waged workers to threaten their loved ones’ lives by going out to work for their sakes during the pandemic? Indeed, family values, as the Australian political scientist Melinda Cooper demonstrates, are capitalist economics writ small. For a couple of centuries, the family has functioned as a source of almost infinite free labour for bosses and states. Why should we continue to house and reproduce ourselves in this atomized way that is designed to blackmail us into working shitty jobs (for love of ‘our’ kids) until we’re dead?

Dystopian times have the potential to inspire utopian conversations about how we actually want to spend our days, cook, sleep, layout our cities, birth babies, grow food, and cohabit with the nonhuman world. While some anti-Trump marchers were cos-playing Margaret Atwood’s ‘sterility apocalypse’ The Handmaid’s Tale, many of my activist students said they were rereading, instead, the 1970s feminist utopia Woman on the Edge of Time (reissued in 2019). In Marge Piercy’s town of Mattapoisett, pregnancy itself is socialized, while kids are nurtured by specialist ‘kidbinders’ and also mothered genderlessly by all. I’ve noticed, in the leftist anglophone milieu, that the French family abolitionist Charles Fourier and the Bolshevik ‘red love’ theoretician Alexandra Kollontai are both enjoying something of a revival. I detect, in the air, a faint yet unmistakable desire to ‘communize’ care.

It wasn’t only socialist utopians in the 1820s and 1920s who called for care to be deprivatized. During WWII British government nutrition and food experts stated publicly that the production of individual meals by individual housewives was ‘wasteful both in economic and nutritional terms.’ Conversely, as the coronavirus broke out, governments instructed populations simply to ‘stay at home’ in order to stay well. There were many of us whose souls protested instinctively at the association between ‘home’ and safety. As feminists fifty years ago were wont to remind us, the family is the headquarters of most forms of violence, including murder, assault, and rape. No one is likelier to rob you, or inflict unwanted touch, than family. Logically, announcing an intention to ‘treat you like family’ (as so many airlines, retailers, banks and workplaces do) ought to register as a threat.

Still, perhaps you are thinking: how could anyone can call for ‘abolishing the family’ at a time when so many families (still, post-Trump) are being ripped apart and interned inhumanely at the borders of Europe and North America? My answer to this very reasonable question is that the family regime itself has much to do with these present forms of suffering. Border guards today inspect marriage certificates and even genetically test migrants to verify them as the ‘authentic’ family-form that, theoretically, is welcome on British or American soil regardless of race. In reality, as we know, nonwhite low-income people are rarely ‘family’ enough to escape the police. This is why the solidarity slogans ‘Stop Family Separation’ and ‘Keep Families Together’ are less effective challenges to state racism than the alternatives: ‘Stop Separating People’, ‘Keep People Together.’

Magicking away the family while retaining class, sexism, racism and imperialism would not be family abolition; it would simply lead to mass death. Not having a family is in fact a death sentence for many (especially LGBTQ youth). It seems desperately important, consequently, to know exactly what would replace the family. The British sociologists Michèle Barrett and Mary McIntosh were sympathetic to this, in the Eighties, yet firm: ‘We would put nothing in the place of the family. … What is needed is not to build up an alternative to the family … but to make the family less necessary.’

Family abolition is not about separating people but about joining us together. It has nothing to do with removing, in a vacuum, the one and only support system many of us have got.

By aiming at the universal provision of a baseline for everyone—shelter, healthcare, food, free movement across borders—family abolition aims at removing the elements of coercion and fear (of the alternative) that currently inflect our ‘choices’ about where, how, and with whom we live. With the majority of care resources, from laundries to kitchens, deprivatized, people of all ages would be much freer to choose and actively shape their households. 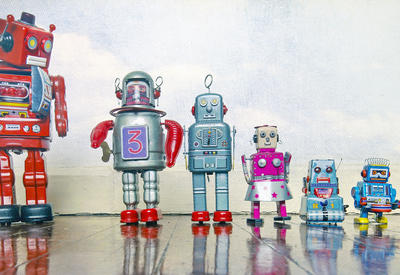 SUGGESTED READING In defence of hierarchy By Daniel A.Bell

Family abolition is not, then, about separating people but about joining us together. It has nothing to do with removing, in a vacuum, the one and only support system many of us have got. Instead, it’s a demand for the conditions of possibility for our relationships to flourish and multiply. It is impossible to abolish the family on its own, but the good news is that every campaign and struggle—ecological, anti-carceral, or queer—can benefit from the realization that the family is actually a thief, a stay on the flow of care in the world, rather than care’s supreme source. Another mode of reproduction is possible.