The End of Psychology?

As neuroscience dominates discussion of the mind, what does the future hold for psychology?

| Professor of Biology and Neurobiology and co-author of Can neuroscience change our minds? with Hilary Rose
476 words

The end of psychology? Perhaps not quite yet, but there is a serious message behind The Onion’s fantasy about the American Psychology Association (APA). Over the past decades, psychology has been increasingly overtaken by neuroscience. Two multi-billion euro/dollar initiatives – one European, one American – were launched in 2012 with the avowed objectives of “solving the brain” and, in the EU’s case, incorporating the solution into novel “neuromorphic” computers.

Hard-line reductionists speak of “molecular and cellular cognition” and dismiss the mind as an epiphenomenal product of neural processes, a “user illusion,” or, as zoologist Thomas Huxley put it a century and a half ago, merely the whistle to the steam train. Most neuroscientists concur; as Francis Crick put it: “You are nothing but a bunch of neurons.” Neurophilosophers, a world away from Descartes famous Cogito ergo sum speak contemptuously of “folk psychology”, to be replaced as neuroscience progresses by an objective, rigorously defined brain language.

No more love and hate, but merely the firing of neurons in the amygdala. And/or possibly the fronto-orbital cortex. Pace Onion, even if minds cannot study themselves, they can apparently study brains. Under these circumstances, the options might indeed be either for the APA to dissolve itself, or to rebrand as Cognitive Neuroscience.

It is the other APA, however, the American Psychiatry Association, which is in more trouble, having tried, and conspicuously failed, to abolish – or at least shackle, the mind. Dominated by biological psychiatry and the pharmaceutical industry for the past half-century, it now finds its diagnostic criteria for mental conditions in disrepute and the drug companies in retreat. The APA’s bible – the Diagnostic and Statistical Manual (DSM), which provides a tick-box list of symptoms on the basis of which the psychiatrist can classify and prescribe for anything from Oppositional Defiance Disorder to Autism Spectrum Disorder – has undergone its fifth revision to widespread criticism, even from within the profession. Biological psychiatry’s premise, that for each condition specified in the DSM it will be possible to identify a specific brain disorder – some faulty molecule or wiring failure – has failed despite fifty years of research.

Today’s drugs for treating depression or schizophrenia work no better than those of the 1960s, and there is nothing on the horizon to replace them. The giant US funding agency, the National Institutes of Health, has decided that enough is enough and from now on it will only fund projects that have clear biological targets. Many drug companies have pulled out of central nervous system research in favour of easier targets like cancer. For its critics, the days of biological psychiatry are over, as its basic premise, that mental and psychic distress can be reduced to mere faulty brain processes, is plain wrong. For psychiatry, minds have no options but to study minds, and the bodily, social and cultural contexts in which they are embedded.

The Mysterious Reappearance of Consciousness 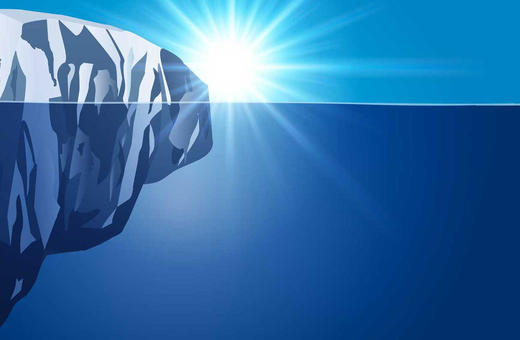 Why you don’t know your own mind 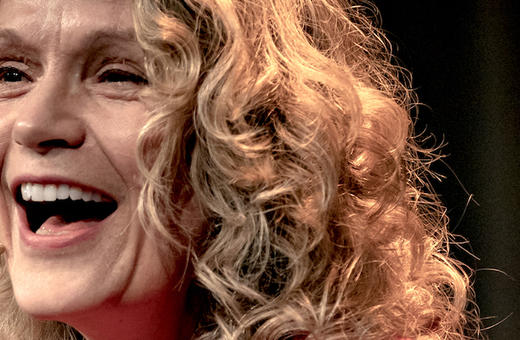 Why Do We Resist Knowledge? An Interview with Åsa Wikforss

How to Change Your Habits of Thought

The Mysterious Reappearance of Consciousness

Oh those silly reductionist and epiphenomenalists. By their way of thinking, the fact that an electrical current causes photons to readiate from a light bulb means we know what electricity and photons ARE. This is not at all true, as a study of theories on these phenimena will reveal. The same mistake is made when brain tinkerers claim that associating certain molecular structures or electrochemical sequences to certain brain activities and mental experiences equates to an explanation for perception and knowing. What is lacking in such claims is an account of how we get from substance to meaning, from vibrations in the physical world to awareness of them. The brain-mind gap matters, and no amount of clinical detail can make it disappear.

Some of the confusion comes from a sloppy use of the word "information," such as saying that genetics is about the transfer of information, or that nerve impulses convey information. This is not literally, scientifically or philosophically true, as there is no thing being "informed" at the level where such interactions and processes are occurring. It is an anthropomorphic fallacy where some imagine nano and micro entities to be conversing with one another like players in a pass-the-word tag team. But there are no words here, as words transfer meanings, not electrical potentials or chemical changes. This fallacy equally runs through strong AI hopes and dreams and claims, relying on the idea that a machine processing code and equipped with electronic inputs and outputs is the same as a nervous system handling impulses off to a brain where there is some thinking going on. And how EXACTLY are such things equivalent? Where is something being informed in a computer, regardless of how fast or vast its storage?

In every era there are people who think they have overturned the past, overcome ignorance, and arrived at a true picture of things. That much we can count on.

Negative loops are self reinforcing patterns that run as an experience that seems to permit no other possible experience to occur. This we tend to call 'reality'.

The quality of Consciousness that notices the patterns, the habits, the choices and the beliefs that determine the choices and the beliefs that set up the conditioning that generated those beliefs, can support and guide a kind a psychology that accommodates to the narrative perceptions of the split-off personae, whilst at the same time reintegrating to unified purpose.
The reversal that occurs as a result of the perceptual splitting of mind is one of dislocation and displacement FROM Consciousness.
Indeed Consciousness becomes the most fearful aspect of one's apparent existence AS a split off and self-contained (physically defined and focused) consciousness.
Coercion is the nature of that which seems to split or divide and rule... and inevitably suffer to receive in the measure it gives out.
All attempts to study Life that spring forth from a coercive root - no matter how disguised in altruistic garb - result in the same negative loop, regardless of how the props are arranged or scenes set and personae updated to the 'new' think-speaks.

None can ACTUALLY split off from or separate from their root sustaining Consciousness of Existence. But science professionalizes the 'As If' or the 'What If' of imaginative dissociation that humanity has been exploring/evolving for millennia.

Existence Is. I Am. More cannot be said to qualify without applying the filter and prism of belief and definition.

However, it can be recognized that all of the experience arising from such qualification of self and world definition is not other than the 'study of consciousness' because there IS NOTHING ELSE by which or of which to have experience.

To be a 'scientist' to our own experience is the capacity to notice any dissonance of incongruity of being, and thus be alerted to pause from from a conditioned reaction that presumes its experience to be fact, and inquires into or challenges the presumptions that MUST be actively present to produce such experience.
Another approach operates by maintain focus consistently within that which is without such dissonance of being, and thus releases investment in conflicted distraction.
Both approaches arrive at an uncoercive or unconflicted appreciation of Consciousness as Fact. Not mere mental assertion, but the yielding of the mental suppositions and their associated investments into the absolute knowing that is - in a sense - without a defining object, because it is One with all That Is.
It has been said "no man sees God and lives", and as a mentality operating in split-mode this is true. But it is also said, "Who sees Me sees the Father", and this speaks of the shift of awakening identity from a personae mentality 'within the world' in recognition of Consciousness as the Already Nature of one's life, existence and experience. All of it without exception.
This 'Christ Consciousness' is nothing to do with Christian proprietary beliefs and everything to do with the Field of Unified Consciousness in true reflection.
Consciousness is Non-Local. What we generally call consciousness is a construct that itself gives rise to further constructs - through which we experience All That Is in infinitely unique facets that reflect and communicate as one - even when passing through the prism of separation.
Only a Unified and integrated foundation can serve as a basis for uncovering the true reflection and appreciation of what is actually occurring, not merely in time/space, but at the root Idea of which time and space arise to support the expression and experience of.
Honesty does not begin with a separate self thinking its thoughts, but with noticing That which is arising as it arises without masking or manipulating it into a personal narrative, and not identifying further within such narrative when one notices it has been operating.
Guilt and fear and coercive wish operate to distort one's experience of that which arises - without first embracing what arises. Truth shows you that you are free to desist or pause from such action and re-evaluate, no matter what seems to be going on.
Willingness must be found where willfulness seemed to rule before. Such is an 'applied psychology' that reintegrates a wholeness as truly conscious integrity relative to the needs and opportunities of the moment at hand and the themes or desires that are now self-fulfilling as a positive loop.
Thankyou for your attention.

“You are nothing but a bunch of neurons.”, etc.

That seems as a next sequence of general error of the mainstream – of former and recent – philosophy; where any consideration ends eventually in the main problem “what is Being (including Nature) – material or ideal”. Since both these fundamental philosophical branches are nothing else then some beliefs (i.e. are non-provable and non-testable) this problem remains be non-resolved, so any corresponding problem, including – what is the brain and is it some – with human’s “I” (or “You” above) some machine or something outside “machine”? cannot be resolved also.

The philosophy main problem above is reduced to some resolvable situation in the “The Information as Absolute” conception ( http://arxiv.org/abs/1004.3712 ), where all/ everything what is observable as existent (and outside) is/are some informational structures that are members (elements) of fundamental absolutely infinite “Information” Set. Including that is, of course, true consciousness material object “bunch of neurons” and consciousness non-material human’s consciousness.

In the conception a simple but effective criteria to differ “material / non-material” is introduced: an object belongs to Matter if the object interacts with anything else by using true information exclusively; if an object can produce or apprehend false information, then the object is non-material – an example is the human’s consciousness again.

Correspondingly any material object isn’t capable to be non-material; it is impossible to create “artificial intellect” as well as material brain itself - as a bunch of neurons, is nothing more then some “hardware” and isn’t , without a “program”, i.e. – without the consciousness – the “mind”. Though, of course, the state of the program depends on the state of the hardware.

So psychology, which studies the consciousness well differently from the neuroscience is a “legal” science. The other problem – it attempts till now to study the “program” without understanding that that is very specific program, which has own history of past evolution and of the future evolution also…
More – see the vixra link above.